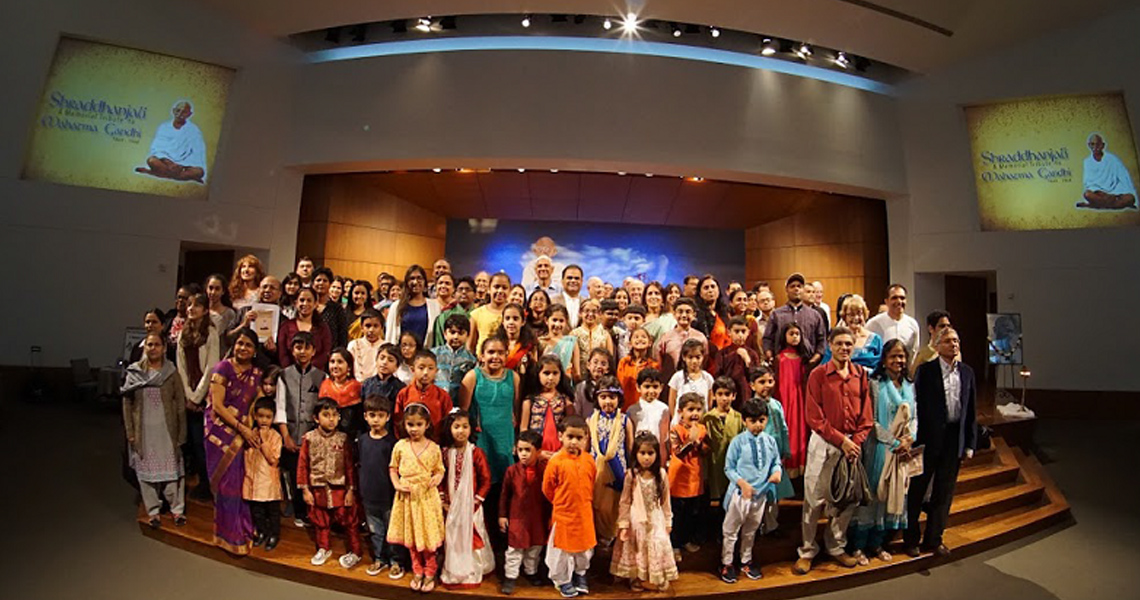 “A good heart is the best religion.”

This teaching of Tibetan spiritual leader Dalai Lama would have been endorsed by Mahatma Gandhi as well, said Dr. Alejandro Chaoul of the Jung Center’s Mind Body Spirit Institute in Houston.

Dr. Chaoul was the keynote speaker at Shraddanjali, a memorial tribute to Mahatma Gandhi on the occasion of the 70th death anniversary of the Apostle of Peace. Mahatma Gandhi was assassinated on January 30, 1948.

Dr. Chaoul had an avid interest in interfaith and visited the land of Gandhi, a symbol of inner and outer peace in 1989. Gandhi symbolized world peace, he said. After visiting the Gandhi Memorial in New Delhi and traveling in northern India, Dr. Chaoul happened to be in the presence of the Dalai Lama when he was awarded the Nobel Peace Prize. His encounter with the spiritual leader rendered him literally speechless.

“I met someone who touched my heart. I was crying”, Dr. Chaoul recalled and reminisced on the words of the Dalai Lama, “A good heart is the best religion.”

The business address of mind is called “monkey mind”, and the home address of the mind is the heart, or heart chakra, Dr. Chaoul said and added that “we need to cultivate inner peace and find peace within.”

Dr. Chaoul was glad that Houston will be home to the Eternal Gandhi Museum, which the Dalai Lama has strongly supported in a letter and by the Mayor of Houston.

Earlier, the program began with a welcome by Rev. Mindy Lawrence of Unity of Houston, followed by an invocation rendered by Marcel Wormsley of the Baha’i Faith.

The program began with lovely Anusha Sathya, a seventh-grade student from Katy ISD’s Seven Lakes High School as emcee for the event.

This was followed by Smriti Srivastava and the Swar Sangam group’s presentation of “Vaishnava Jana to,” a favorite bhajan of Gandhi, a Bengali song “Ekla Chalo Re.” and “Raghupati Raghav Rajaram.”

Other musical tributes included “Allah & Lab Pe Aati Hai”, a medley by Kamal Haji’s Zikr Band of Ismaili Jamatkhana and it served as a bridge between tradition, culture, and faith.

Dolly Goyal and her students presented a Bollywood medley and danced to Vaishnava Jana to. Unity’s choir led by Stephanie Bland also paid a musical tribute.

Dr. Barkat Charania outlined the continuing programs marking the Gandhi sesquicentennial celebration. The year-long celebration was kicked off at Asia Society on Sept. 30, 2018.

Naresh Sathya, a winner in the Mahatma Gandhi speech contest, gave a rousing speech on the topic “If I met Gandhi today.”

Dr. Manish Wani offered a status of the proposed Eternal Gandhi Museum. Land has been acquired at the intersection of Beltway 8 and West Belfort and about $2.5 million of the targeted $8.5 million required for the project has been raised so far. The goal is to open the museum by 2020. Please visit www.eternalgandhi.us to learn more.

Fort Bend County Judge KP George, who was the guest of honor, while paying homage to Gandhi who propagated non-violence, said he would provide all possible help toward the Eternal Gandhi Museum and would also advocate for including teaching of Gandhi in the school curriculum.

The Founder of Mahatma Gandhi Library, Atul Kothari provided a perspective on Gandhian philosophy of practicing Truth non-violently and Truth is God.

“We have varying and different definitions of truth but one’s heart tells what is wrong and right. This is that person’s truth. We have to respect others and respect other belief systems. That brings in tolerance”, Kothari said.

Kothari also alluded to the concept of suffering even when one has done no wrong. Every mother suffers for her child unconditionally. Gandhi and Martin Luther King followed that principle, Hindu scriptures have similar examples in Prahalad, Mirabai, Dhruv and Harishchandra and Jesus Christ in Christianity. Hate the sin, not the sinner, Kothari pointed out. 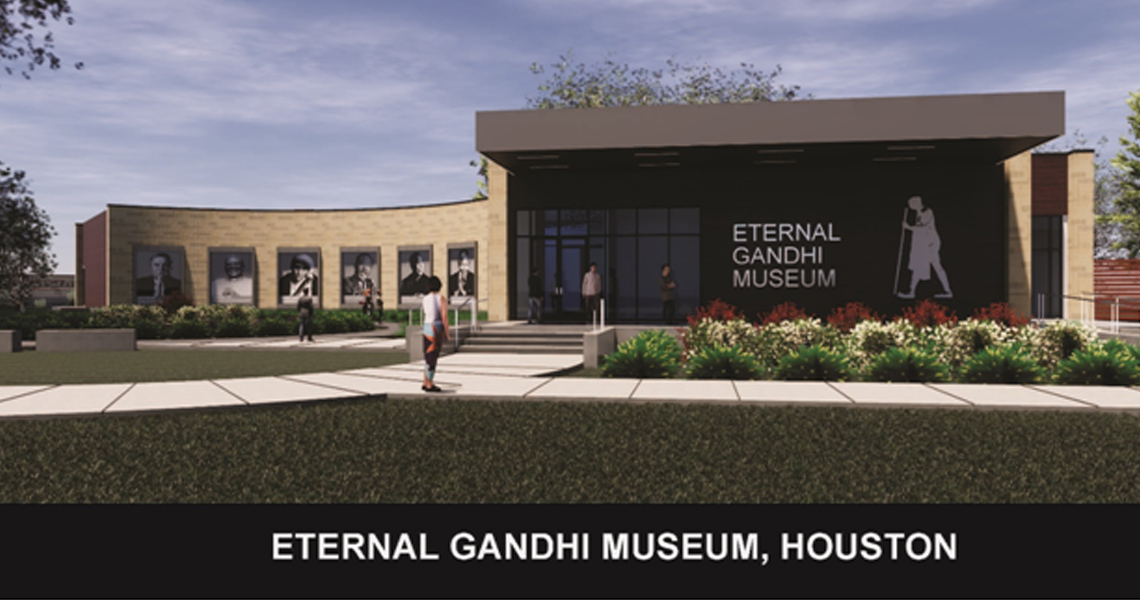