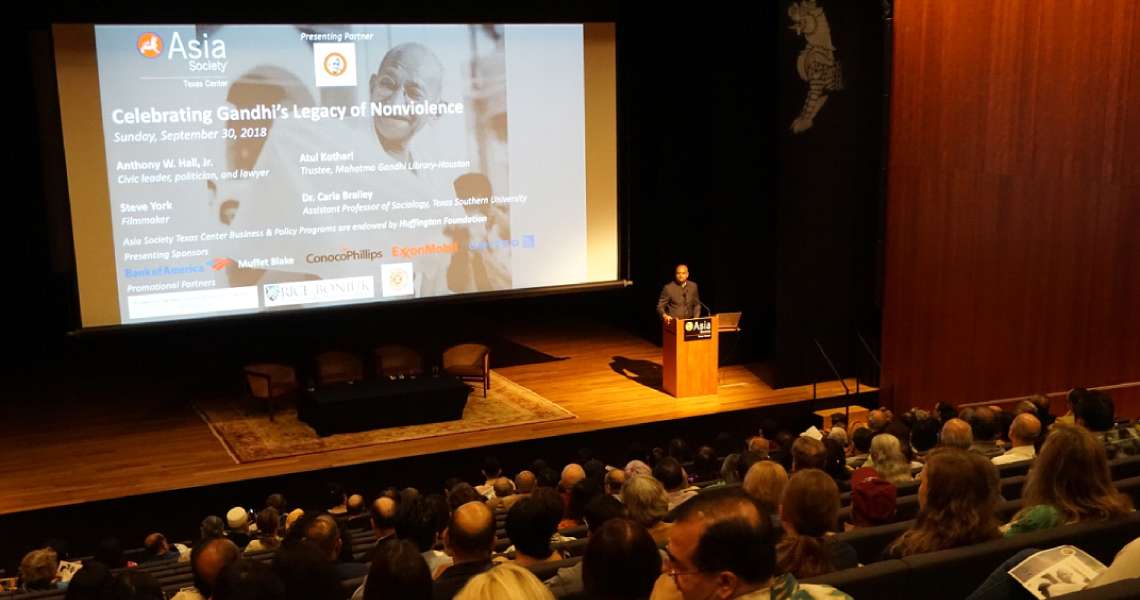 Dandi, a coastal village of Gujarat, and a lunch counter in Nashville Tenn., were the venues for two non-violent resistance movements that would change the course of history and influence thought leaders across the world.

These two powerful movements were the subjects in “A Force More Powerful” – a documentary written, directed and produced by award winning filmmaker Steve York. The rich archival footage such as Gandhi’s brisk trek to Dandi against a repressive British salt law in the early 1900s and the sit-ins coached by Rev. James Lawson to desegregate lunch counters in Nashville, Tennessee in 1959 brilliantly captured the dignity and stoicism with which the resistors faced down their oppressors without resorting to violence.

The documentary revealed that Rev. James Lawson had spent 3 years in India and been greatly influenced by Gandhi.

Mahatma Gandhi Library (MGL) kicked off the yearlong (October 2018 to October 2019) celebrations of Mahatma Gandhi’s 150th anniversary on September 30 at the Asia Society of Texas with the screening of these documentaries which reinforced Gandhi’s moral and spiritual philosophy of non-violence. This was followed by a panel discussion with MGL founder Atul Kothari, filmmaker Steve York and Anthony Hill, a prominent lawyer and participant in the civil rights movement.

Guest of Honor, Consul General of Bharat, Dr. Anupam Ray, lauded MGL for its tireless efforts in propagating Gandhi’s message of non-violence to the world. He also explained the lines of a bhajan, a spiritual song, endeared by Gandhiji – Vaishnava Janto… which loosely translated means that “he is a religious person who understands the sorrow of others.” This was the core of Gandhi’s life. Further, he urged everyone to live by Gandhi ji’s talisman, ask yourself as to how does your action help uplift the most wretched person in the world.

Trustee Ajit Paralkar offered a brief outline of the several programs that will be held throughout the year, October 2018 to October 2019, to mark the 150th anniversary.

The panel discussion was moderated by Dr. Carla Brailey, a subject matter expert in social justice. Atul Kothari, who shared the fact that when he read Gandhi’s autobiography “the message went straight to his heart,” noted that Gandhi remains an eternal influence on Indians anywhere in the world. His greatness lies in the fact that he showed the world “the way to settle conflicts like no one else has before.”

Filmmaker Steve York observed that non-violent resistance has been utilized in many instances throughout history but “no one had quite brought it to the fore like he (Gandhi) did.” While researching this subject, he chose to make six documentaries where the non-violent movement prevailed. He described his experience of making the documentary in India as “powerful” and was thankful that he was a filmmaker. According to York, Gandhi was a brilliant person who knew the nature and sources of power and used it effectively. He also revealed the findings of a study that looked at non-violent efforts and concluded that these strategies are three times more likely to succeed than a violent approach.

When the documentaries were screened around the world, York related that he would be contacted by people in countries that are not free who would regret the fact that they did not “have a Gandhi to lead them.” York said there are several instances where there is no charismatic leader but a unity of cause helped them succeed.

Anthony Hall, who was a college student during the civil rights movement, stressed that it is important to first change people’s mind and once their minds are changed, they will change society. On being asked about quarterback Colin Kapaernick’s “taking the knee” during the national anthem of an NFL game, he stated that it is an instance of a non-violent protest against police brutality and aggression. Gandhi’s greatest contribution, he continued, is that he taught the world that it is possible to change an entire society with love overcoming hate.

A participant in the audience revealed how he had read Gandhi’s biography and adopted Gandhi’s practice of fasting every Monday. In this context, Atul Kothari explained that the power Gandhi achieved was through self-purification. Fasting was a tool and so is self-reliance and each one of us must strive for that.

Trustee Dr. Manish Wani wrapped up the program with the vote of thanks and the plans for the upcoming Eternal Gandhi Museum. For more information please visit www.eternalgandhi.us.

Since its creation, MGL has been celebrating Gandhi’s birthday on October 2nd with a 5 K run which concludes with the 1000 Lights for Peace where every participant lights a candle in a collective pledge for peace. This will be held on October 14th from 5:00-8:00 pm at the Miller Outdoor Theatre. 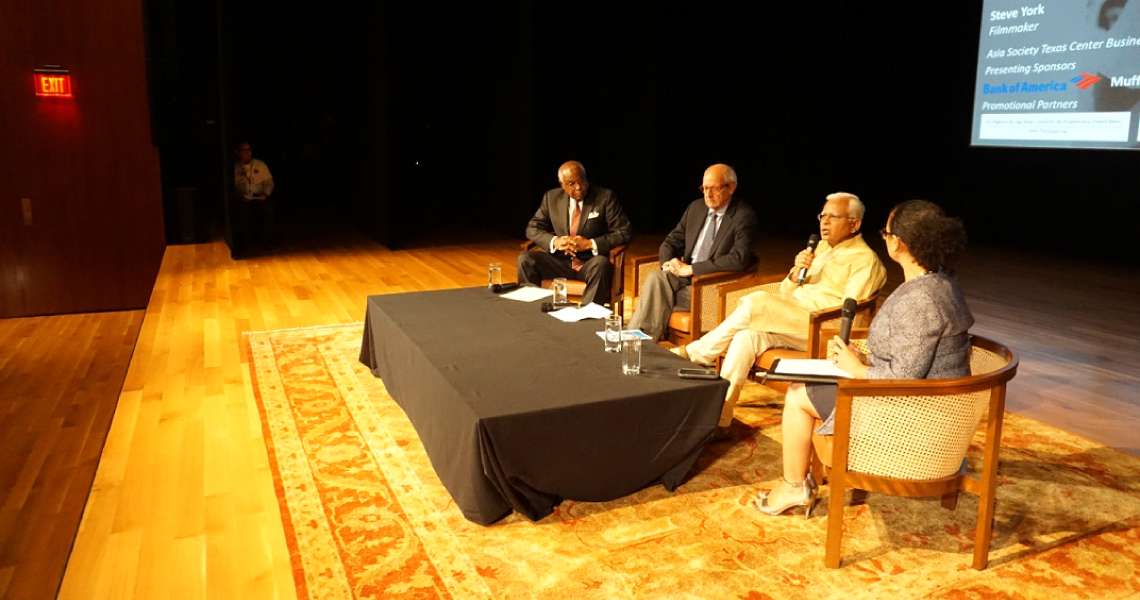