With never‐ending commitment to the cause, the Board of Trustees hired a national team of experts in architecture, exhibitions, education and museum operations to move the project forward with a vision to promote a world where conflicts are resolved nonviolently. From the design of the building to the visitor experience and the educational programming, essence of Gandhi’s teachings and ways of life are highlighted.

The building is designed as a simple yet meaningful structure, rich in symbolic detail. The planning grid for the landscape and building is based on Gandhi’s twenty‐four spoke charkha (spinning wheel), the tool that became a symbol of self‐sufficiency and was used to seek independence from British colonial rule. Elements suggested for the interior space reflect the programming that originally inspired the project, such as “1000 Lights for Peace,” the annual celebration presented and hosted by the Eternal Gandhi Museum Houston.

A simple material palette and exposed building structure are an honest and sincere expression of the structure, like Gandhi himself. In keeping with Gandhi’s respect for nature, it will be an efficiently designed building that is sensitive to the environment and respectful of Gandhian principles. 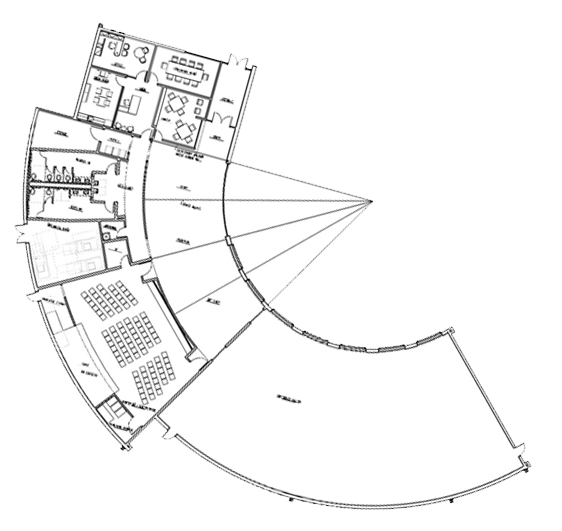 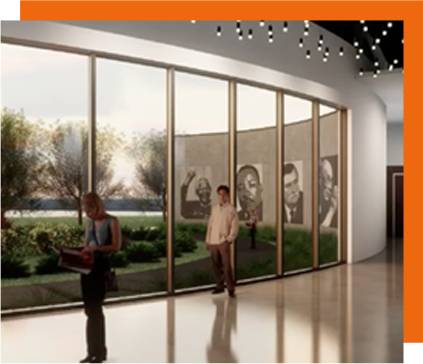 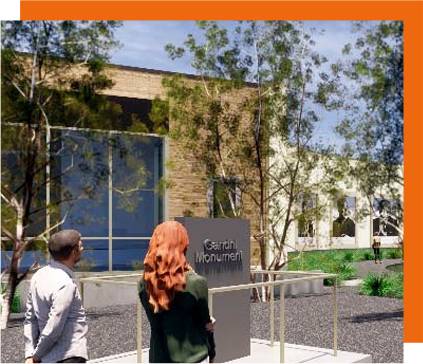 With the goal of inspiring people to transform themselves and their communities, the development of the exhibit design and fabrication focuses on two target audiences:

All visitors must see themselves in the story of Gandhi—people of all ages, backgrounds, and abilities are invited to explore and engage in this experience.

Age‐appropriate activities and content tailored to meet the needs of school groups and the State of Texas curriculum standards, specifically the Independent School Districts in the Greater. Houston Area

Considerations for both audiences include multicultural, multilingual interpretation, and non‐denominational messaging, and inclusive materials that feature global leaders and activists from North America. The visitor experience encourages exploration and engagement with Gandhi’s story. The experience delivers key messages through thought‐provoking, immersive experiences designed to educate, entertain, and facilitate true change. 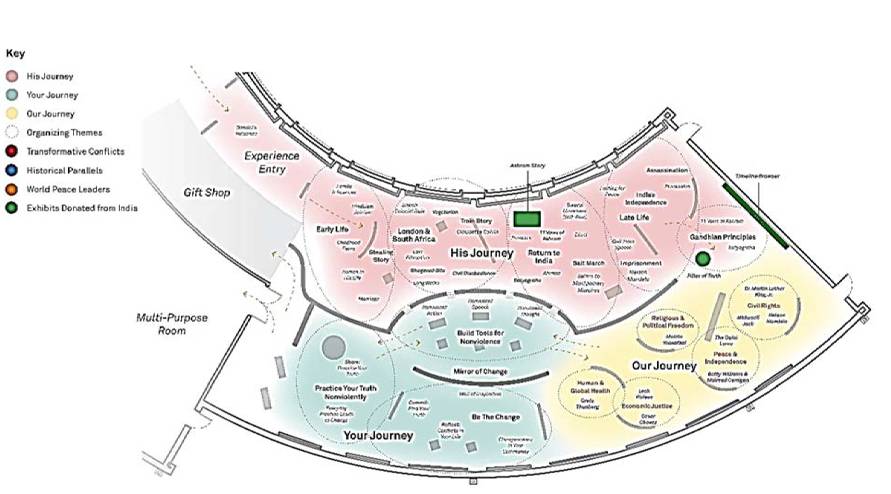 The key objectives guiding the approach to the visitor experience are:

There are three large thematic gestures: His Journey, Our Journey, and Your Journey. Each is designed to unify the learning experience and create distinct take‐away messages for visitors while leveraging technology to ensure relevant exhibits and activities.